A brief look into the Android world

The power of Android

Learning about the Android mobile operating system and what it has to offer can benefit you in many ways short and long term. This article will allow for a better understanding of the big picture that Android governs, why Android has such a massive following and what you as a fairly new or uneducated Android user can do with an Android device. There is a reason why fan boys have evidence to always back up an argument. Then again, there is a reason why people appreciate Apple, simplicity and design. Nevertheless welcome to the diverse world of technology, well, a really small part of it.

Android is an operating system (OS) that runs on devices it creates support for, other examples include Linux, Windows, iOS and many more. Android is based on Linux (specifically, the Linux kernel, which is special code created to allow the software and hardware on the device to communicate with one another) and Linux is an open-source OS compared to Windows and iOS which is propriety licensed operating systems (closed-source operating systems). Anyone can go and take the Linux kernel source code and build an operating system from it, given the fact that they know how to develop. That’s the freedom Google took to make Android, the OS that’s dominating the market.

Because of its open-source nature, it allows manufacturers to tinker and customize the Android system the way they prefer for their consumers to use, besides that, the best part about it for me, is the freedom it gives users with control and personalization. This is why Android devices often receive security attacks compared to closed-source operating systems, it’s a very diverse and spread market which allows it to reach almost any type of user. Android supports thousands of tablets and mobile phones, which often is linked to security attacks due to outdated hardware and software. One must always be reminded, an old device cannot run the latest and greatest software.

From my 6 years’ experience of using the Android system on many different phones, I’ve thought about the features that make Android a very attractive system to its users. These features include but are not limited to:

These services include apps such as Gmail, Google+, Maps, YouTube and all the other Google goodies! Google has a long list of juicy apps that make life so much easier and many users love Google because of this. For a basic user, all the Google apps available is pretty much all the user would need; email, contacts, maps, browser, documents, search, cloud-storage, music, movies, games, calendar, translate, keyboard, notes, books, fitness, messengers, video calling, news, business and that’s about half or less that I can remember. And they are all absolutely free.

Google names their major Android releases alphabetically based on desserts! Makes sense as to why Google's parent company is called Alphabet.

In any given system, there will always be themes and personalization options. With Android, theming your device goes beyond the standards of static design. You can change your system fonts, colours, icons, sounds, widgets, launcher, look and feel to get that personalized touch on your device. This for me is extremely attractive as I love customizing everything to suite my style.

Want to theme your phone?

Here is some important info to keep in mind:

Icon Packs – NOTE: Icon packs usually require a 3rd party launcher or a launcher that supports using icon packs. Always be sure to see which launchers are supported on the description page of the app.

What is a launcher? It is a home screen / desktop replacement app.

Why would I need a launcher? Unfortunately not all manufacturers provide their users with a highly customizable home screen launcher, for example the Google Now Launcher does not support icon packs nor icon grid or drawer grid customizations. And in some cases the Samsung home screen launcher is quite heavy on the system, I remember when I first received my Samsung Galaxy S4, it was very unresponsive for the latest and greatest mobile phone out at the time, navigating the home screen and app drawer was slow and painful to look at and experience, so I decided to change it to Nova Launcher and the performance increased as if I had added stronger hardware, not only that but the customization of it was very advanced yet simple. It gave me a better experience when using my phone. Definitely try it out if you are planning to customize your device.

Substratum & CMTE themes: These are complete themes that change the look, feel, style, font, sounds and icons on your phone at once. There are currently 2 systems that support complete theming of your device; Substratum Theme Engine and CyanogenMod Theme Engine (CMTE). Unfortunately not everyone can access these themes because it’s quite complicated as to how at the moment. Once you read about rooting, flashing, recovery and custom ROMs, then can you actually start understanding and using these themes.

Common names include: root / rooting / rooted, essentially it’s the process of accessing the system which allows for additional control of the hardware and software, for example with a rooted device you can; overclock the processor, edit system files, use different kernels, create advanced backups, use apps that change pretty much anything on your device, I don’t see any limit on the amount of things you could combine to make your device suite you the best possible way. Please note: rooting your phone will void your warranty, why would Samsung and all other phone manufacturers want you to have the freedom to remove their heavily bloated ROM so you can use a nice performance and battery friendly one?

When I first got the LG G3, brand new in the box, I broke the screen on the first day, fixed it on the second and rooted it on the third. The day you break your warranty is the day you truly own the phone. I still have it running today, a few days till its 3rd birthday. Currently on the latest Android Nougat 7.1.2. I removed LG's system (STOCK ROM) and flashed the standard Android (AOSP ROM).
LG stopped update support for the G3 at Android Marshmallow v6.0 so sadly no Nougat Stock ROM will be released for the LG G3. However in my opinion they are currently the champs with updates compared to Samsung and other manufacturers. I also have Google's assistant which is still new and not many devices have received it. A developer on XDA ported it over to the LG G3. With these developers creating great community driven ROMs, I have increased the lifespan of my device this way and always receive the latest updates. Without root, my phone would have been a nightmare.

ROMs are basically operating systems based on Android that are made by developers, since Android is open-source, there are plenty of available customized ROMs to use on your device. Though not all devices have active developers maintaining them. A rooted phone (super user access) is required to flash (install) a different ROM (operating system) on your device.

Over a million Applications

Need something? Well, there’s an app for that and if there isn’t it’s on the way. What’s incredible about Android and its application platform, the Google Play Store, is that there are plenty of free and paid applications that help users in doing business, increasing productivity, socializing, entertaining or handling their life in general. And day by day, these apps get smarter, faster, more intuitive, more scary, more everything.

The most advanced applications can only come from Android. Unfortunately with the current restrictions Apple enforces on iOS app developers, it’s not really possible to get power user applications which is essentially being able to control what’s happening under the hood of your device. Android allows freedom for innovative power applications because as I’m forever referring to it, it’s open-source. You can get apps that can block other apps from accessing your phone features, which eventually became the standard with the Android Marshmallow update. There are apps that can disable apps running in the background, overclock the device processor, monitor data, modify apps, there’s many things apps can do and some even do wonders when they have been developed to only work with or alongside rooted phones, but I’m sure you get the point. Power apps, is what gives us power, over our phone and when we have power over our phone, we can appreciate it, we can appreciate the open-source environment which allows us to do many things with the device we worked hard to purchase. It gives, value for money.

Personalizing, having control and variety is what I find to be most attractive to users in regards to using an Android device. Not everyone wants to be a power user or learn how to do all these things however these are the things that makes Android stand out and it’s really not that difficult to understand and learn, most of the time users are too afraid to experiment with their device which I understand to some extent but it’s the fearful thoughts that stop us from experiencing the unknown, and the unknown can show you different realms of existence. Don’t take my word for it, research on Google or ask experienced users about the freedom and tools an Android device can give you. Sooner or later, you’ll have no choice but to learn what Android is, what it can do and what it’s currently doing, which is shaping the way users interact with the internet of things.

If you would like to learn more regarding rooting, personalization, custom ROMs and more, I suggest you read, read, read and READ!

Let me know your thoughts on the topic or any questions you have by commenting below:

A deeper look into MSite Studio 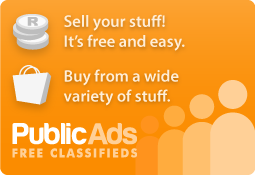